Join Today
The sun is shining on Botswanan solar 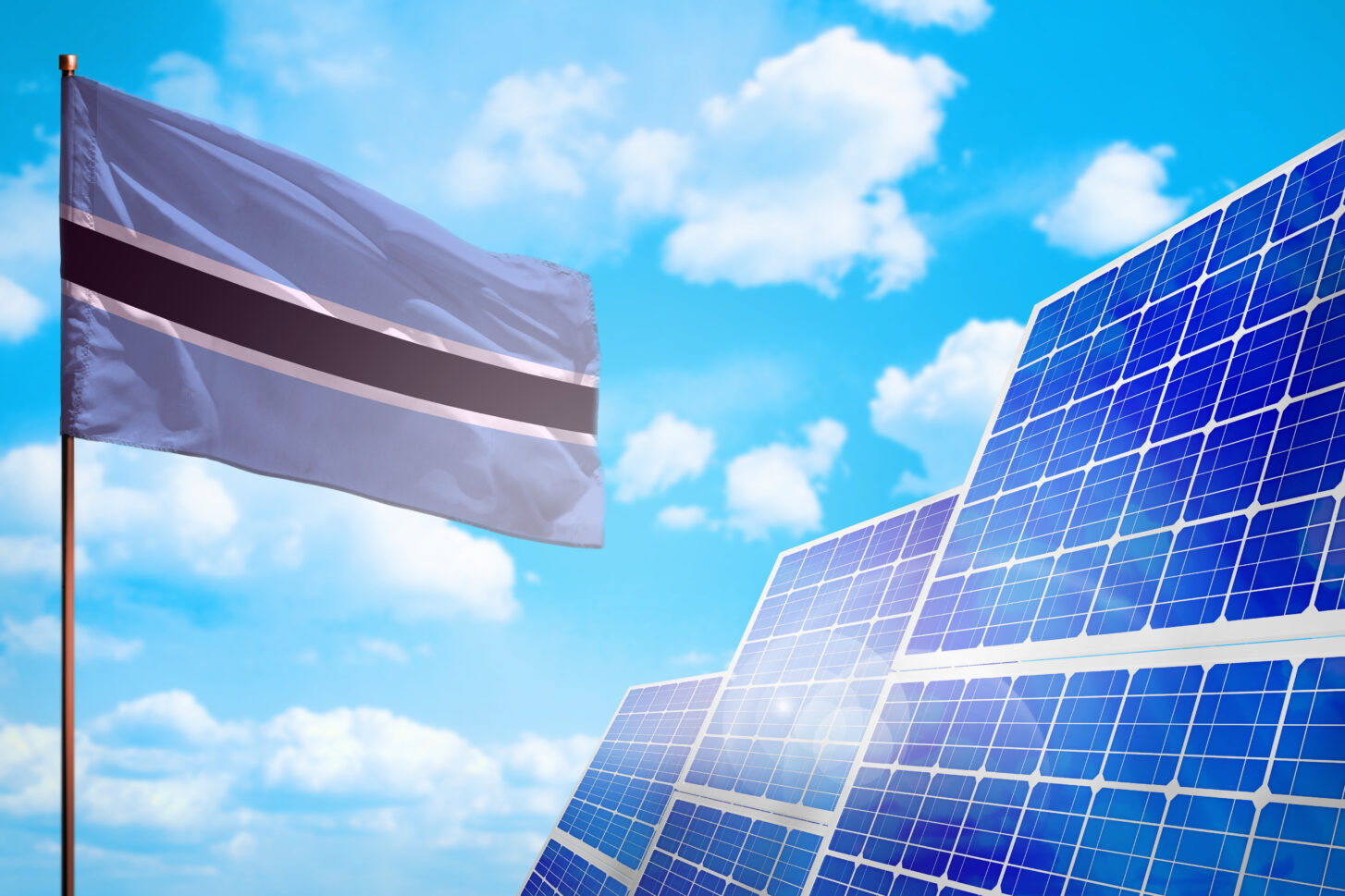 When the authors of May’s The Sky’s The Limit report named Botswana as the most ‘super-abundant’ renewable energy territory on earth, they can little have imagined how quickly the nation’s solar industry would leap forward.

With the International Renewable Energy Agency having estimated the Southern African nation had just 6 MW of grid-connected photovoltaic generation capacity at the end of 2020, July brought news of the licensing of 100 MW of solar project capacity, and of power purchase agreements (PPAs) signed for the first country’s first two private solar plants. Botswana expects to have its first 10 MW of net-metered rooftop capacity generating by November, and with the nation having tabled plans for an ambitious, 5 GW solar mega-project with neighboring Namibia in 2019, realizing the potential identified in the report published by London-based NGO Carbon Tracker in May, might not appear as fanciful as it did just three months ago.

That study assessed Botswana as having the technical solar potential to generate 5,000 times more solar electricity than required domestically, based on solar mapping figures calculated by Slovakian company Solargis.

Within two months of that potential being highlighted, Gaborone-based developer Shumba Energy announced it had secured a license from the Botswana Energy Regulatory Authority for 100 MW of grid-connected solar, to operate on a merchant basis and feed clean energy into the Southern African Power Pool of 17 state-owned utilities. Reuters last month reported construction of the initial, 50 MW phase of project capacity was “likely to start in the next six months” and quoted Shumba Energy MD Mashale Phumaphi, who said the necessary permits were in place and the developer was busy tying down the capital investment of $80 million required for the entire project.

That news was followed less than three weeks later by an announcement by Johannesburg-based developer Sturdee Energy that it had secured 25-year PPAs from the Botswana Power Corporation (BPC) – the state-owned entity which is solely responsible for electricity generation at present – for the nation’s first two private power generation projects. BPC chief executive David Kgoboko – quoted in a press release issued by Sturdee – said the 3 MWac solar plant planned in Bobonong, in the east of the country, and a 1 MWac facility in Shakawe, in the northwest, would be the first of a dozen independent power plants which are set to bring 35 MW of solar online in Botswana by the end of next year. Sturdee said its two projects would represent a $5.5 million investment.

Solar developers are following in the footsteps of private households and businesses by profiting from PV panels, after Botswana’s Ministry of Mineral Resources, Green Technology and Energy Security launched one of Africa’s first net metering programs, in November. At the opening of the pioneering Rooftop Solar Program the ministry said it would allocate 10 MW of generation capacity by November this year, with 2 MW for domestic solar and 8 MW for commercial and industrial arrays, to be allocated on a first come, first served basis.

Based on some sources, which could unfortunately not be fully verified, this net-metering program is even said to offer generators the opportunity of selling excess power to the BPC, which de facto would make it a feed-in tariff (FiT) program. A December 2020 article by Construction Review Online indeed mentions that net-metered generators will bank 0.8151 pula ($0.0727) for each kilowatt-hour of energy exported to the grid under the three-year pilot program, and said systems with no more than 35 kWp of generation capacity would be eligible for the residential allocation, with a cap of 1 MWp for commercial rooftops.

That represented a timely move for Botswana’s solar installers, given the net-metering rules have coincided with rising domestic electricity prices, as highlighted by AFSIA in one of our recent Country Capsules, which can be viewed here.

Interest in Southern African solar had already been sparked in September 2019, when plans for a vast 4.5 GW of combined PV and concentrating solar power generation capacity were announced by the Global Future Councils knowledge-sharing network of the World Economic Forum on Africa, in Cape Town. Under that lofty ambition, the governments of Botswana and neighboring Namibia agreed to develop an initial 300-500 MW of project capacity to meet domestic demand before adding further 500 MW-1 GW and 1-3 GW expansions to generate electricity to be exported to 12 regional neighbors. Since 2019 this plan has further matured and a Memorandum of Intent was signed in April 2021 for the joint development of 5,000 MW by the 2 countries with the backing of the International Finance Corporation (IFC), African Development Bank (AfDB), International Bank for Reconstruction (IBRD) and the Power Africa initiative.

Botswana – which has 600 MW of domestic electricity demand, according to Reuters; mostly met by coal-fired power and imports from South Africa and Mozambique – wants renewable energy to supply 18% of its power mix this decade. After a few false starts, it appears the government has focused on realizing at least some of that, aforementioned clean power superabundance.