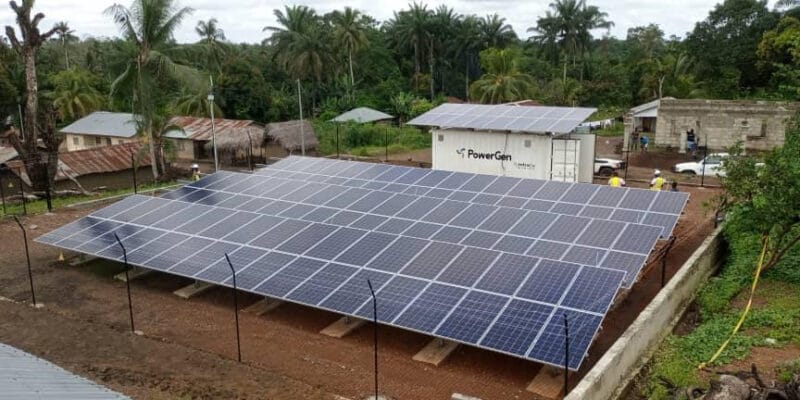 Solar energy provider PowerGen Renewable Energy is commissioning mini-grids in four communities in Sierra Leone. With a total capacity of 150 kWp, the solar systems were installed in partnership with InfraCo Africa, a finance company of the Private Infrastructure Development Group (PIDG).

The new installations benefit households, health care facilities, and schools. “PowerGen will continue to build on its core strength and extensive experience with mini-grids to complete the rollout of electricity to 16 additional communities during the year,” says Femi Coker, PowerGen’s Director in Sierra Leone. The installation of these mini-grids is part of an existing partnership between PowerGen and InfraCo Africa, a finance company of the Private Infrastructure Development Group (PIDG).

In 2019, the two partners signed a shareholder agreement. Through this agreement, InfraCo Africa has committed USD 6.9 million for the development of green mini-grids in Sierra Leone. With this funding, PowerGen is expected to make 12,500 new connections, of which approximately 85% will be allocated to households and 15% to micro, small and medium enterprises and public facilities such as schools and clinics.

For its mini-grid electrification project in Sierra Leone, PowerGen has received support from a programme funded by the UK Department for International Development (DFID) and implemented by the United Nations Office for Project Services (UNOPS).