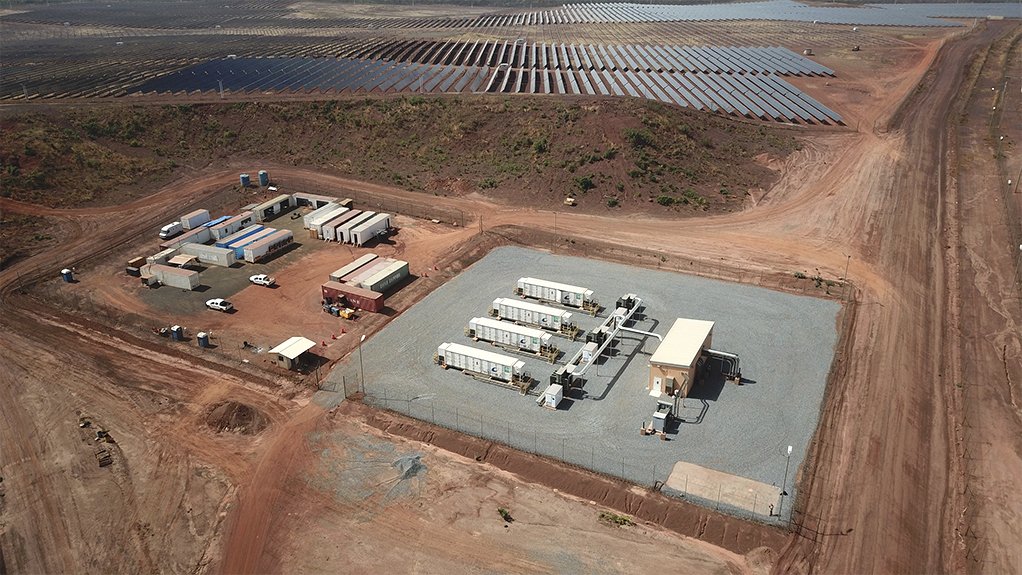 When Dennis Stansbury, of Canadian gold miner B2Gold described his company’s solar-plus-storage system at the Fekola mine in Mali as a landmark project, he may not have realized just how prophetic his comment would prove to be.

Quoted on the Energy Storage News website in April, senior VP Stansbury said: “This is a landmark project which we expect to pave the way for more sustainable power generation within the mining industry in West Africa.”

The slew of announcements for similar projects in the months since has served to emphasize the executive was mistaken only in the geographical extent to which Fekola would act as a pioneer for solar-powered mining  – he might have foreseen Southern Africa and Madagascar following the trend too.

While the potential for solar and storage to power mining operations has been discussed for some time, it appears the Fekola project – 30 MW of solar generation capacity plus a 17 MW/15.4 MWh battery system – lit the touch paper for a minerals sector which has long suffered from unreliable grid electricity supplies.

Plans for almost 550 MW of mining-linked photovoltaics have been trailed since April, ready to power the extraction of platinum, coal, and mineral sands, as well as the graphite needed for the global battery revolution. Solar facilities are being prepared in South Africa, Senegal, Zimbabwe and Madagascar.

Whether signing power purchase agreements (PPAs) with developers or financing their own plants, Africa’s miners appear to be getting serious about solar.

With electric vehicle demand soaring in Europe and the US, Canadian miner NextSource Materials is planning to use 2.5 MW of solar and 1 MWh of battery storage to provide up to a third of the electricity required at its Molo graphite mine, near Fotadrevo in Madagascar, by the end of June.

Announcing its plans for the power system, which will initially operate alongside 3.3 MW of diesel generators, NextSource said the clean power facilities would be scaled up in lockstep with planned expansion of the mine’s output with the aim of having a majority of electricity provided from solar and storage over the course of a 20-year PPA agreement handed to Kenyan-owned developer CrossBoundary Energy.

Crossboundary will also build, own and operate a 13 MW solar-plus-storage project at a mineral sands site owned by French miner Eramet in Diogo, Senegal, which is set to be operational in “early 2023,” according to a report by sustainability news site Afrik21.

That facility, which will be installed by German engineering, procurement and construction business juwi, includes 13 MW of solar capacity and “a battery storage system capable of storing 8 MW of electricity,” according to the report.

CrossBoundary will sell the power generated to Eramet subsidiary Grande Côte Operations under a 15-year PPA and the developer said it would reduce the carbon footprint of the client’s titanium and zircon production operations 40% over the course of the contract.

Around a year from now, construction is set to start on a 100 MW solar plant at the Mogalakwena platinum-group-metals mine of the British-owned Anglo American Platinum. The Green Building Africa website in October announced Anglo American had selected Johannesburg-based developer Pele Green Energy and the EDF Renewables unit of the French utility, to build and own the South African project to supply power to the miner.

The Anglo American Platinum site is due to come online by the end of 2023.

Elsewhere in South Africa’s Limpopo province, plans have been outlined for three solar farms at platinum metals operations owned by Jo’burg-based Sibanye-Stillwater. The French-language Ecofin Agency news service in October reported the miner will construct 80 MW of solar capacity at its Rustenberg platinum mines, a 65 MW project at its Karee operation, and a 30 MW facility at its Roland smelter, in the Bushveld complex.

The US$165-184 million investment will be funded by PPAs offered to third-party developers with Ecofin reporting the miner is aiming for financial close on the solar sites in the first half of 2023, and operation in “early 2025.” The photovoltaics will reduce the volume of grid electricity supplied by South African utility ESKOM 30-50%, according to the article.

The Zimbabwean operation of South African holding company Impala Platinum is planning a more direct approach to going solar and has asked the Zimbabwe Energy Regulatory Authority for permission to develop 185 MW of solar across two sites, according to an Ecofin Agency article published in August.

Zimplats reportedly wants to install 105 MW of solar panels in Ngezi, southwest of Harare, near mining operations, plus another, 80 MW facility near its foundry in Selous. Consultant and data company African Energy last month indicated Harare had signed off on a US$1.4 billion commitment by Zimplats to expand operations, of which US$200 million had been earmarked for the Ngezi solar plant.

Ecofin had reported Zimplats has to import its electricity from the Cahora Bassa hydro plant in Mozambique due to deficiencies in the local grid.

South African coal miner Exxaro is also planning to clean up its act, with an in-house solar plant. Subsidiary Cennergi will build a 70 MWp photovoltaic facility at Exxaro’s Grootegeluk mine, again in Limpopo province. The Lephalale Solar Project will sell its clean power to sister company  Exxaro Coal.

And there could be plenty more such projects coming down the pipe after London-based oil and gas company Chariot Ltd recently announced a strategic co-operation agreement with French renewables developer Total Eren to jointly develop solar and gas projects for African miners.