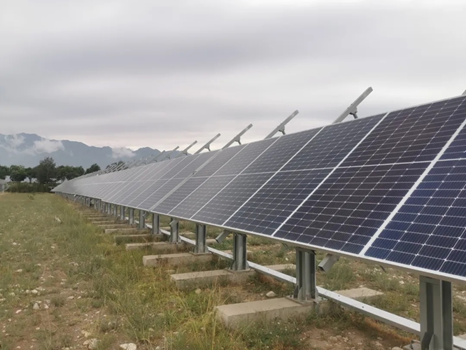 JA Solar published data comparing its own modules, based on the 182mm wafer format, with others utilizing the larger 210mm size over a six month period in field testing. The data show that the smaller of the two formats reached an average daily energy yield almost 2% higher. According to JA Solar’s analysis, the higher currents produced by the 210mm modules led to higher resistance, and more energy lost as heat.

he introduction of new wafer formats has seen the industry quickly divide into two camps promoting either the 182mm or the larger 210mm format. The smaller of the two promises significant gains in module performance without requiring a major redesign of other system components, while the larger promises even larger energy yields, but taking into account the larger size and different electrical characteristics of these modules, taking full advantage will require much more disruption in system design, shipping and elsewhere along the value chain.

This is further demonstrated in a new white paper published by Chinese module producer JA Solar, in cooperation with TÜV Nord. Early in 2021, the two set up a test field in Yinchuan, China to compare JA Solar’s DeepBlue 3.0 modules, which utilize the 182mm wafer, with others from an unnamed manufacturer utilizing the 210mm format promoted by Zhonghuan Semiconductor.