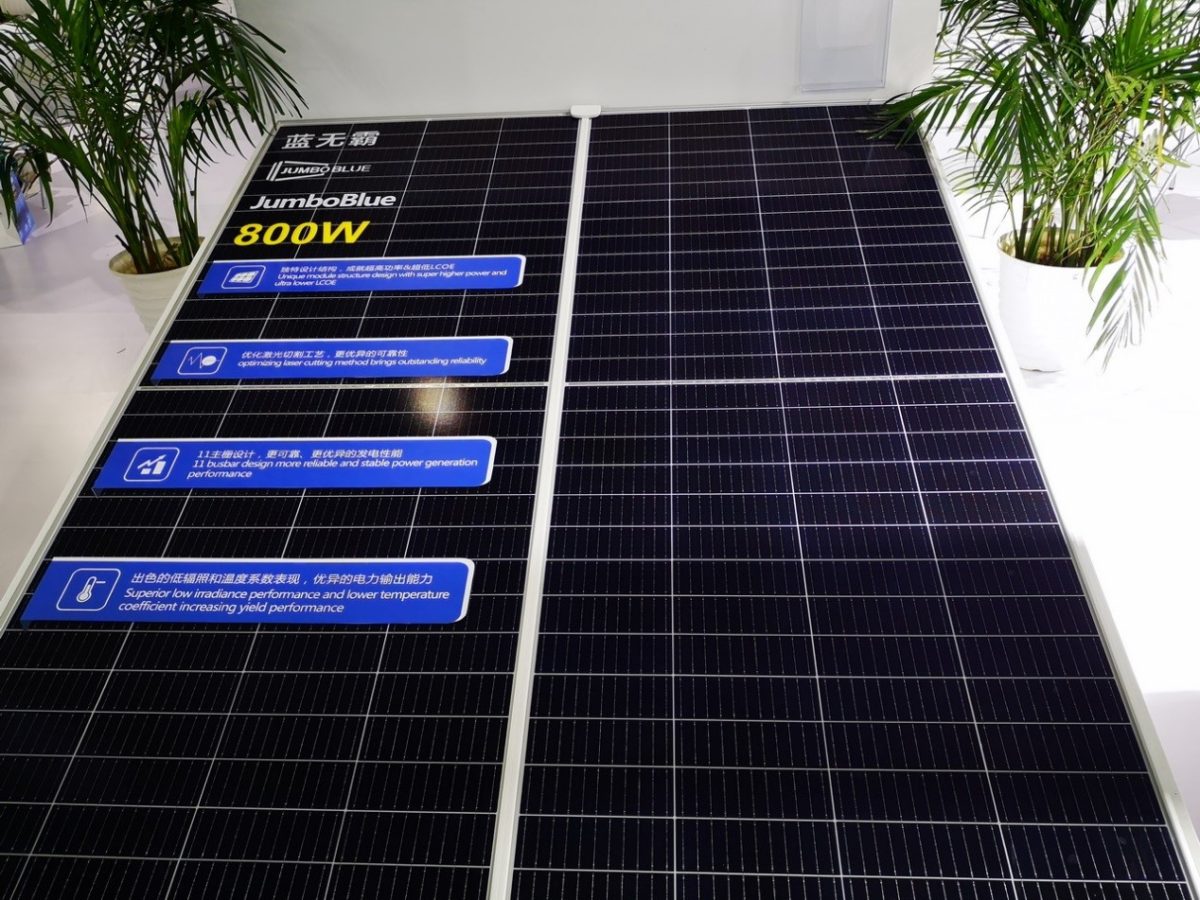 The new product, currently the most powerful panel on the market, was showcased at the SNEC PV Power Expo in Shanghai. Also presented at the fair was a 780 W product from Tongwei and a 660 W module from Trina.

The 14th SNEC photovoltaic exhibition and conference held in Shanghai this week set the stage for the presentation of the most powerful solar panels on the global PV market. The Chinese pv magazine team was there and has reviewed of all of them.

Chinese manufacturer JA Solar unveiled what is thus far the world’s biggest and most powerful panel with an 810 W model. Called Jumbo, the panel has quadruple layouts of 47 cells and dimensions of 2,220 by 1,757mm. This panel utilizes a triple-cut cell design with 11 busbars on 210mm wafers. JA puts the maximum power output at 800 W. The module is not yet in mass production.

China’s largest cell manufacturer, Tongwei, unveiled its G12 module series with a power output ranging from 760 to 780 W. The series is also based on a 210mm wafer and multi-busbar (MBB) technology. Measuring 2,357mm by 1,612mm, it weighs 39kg. With MBB technology, Tongwei said the panel would reduce BOS and LCOE for investors and operators. The G12 series is likewise not yet in mass production.

Trina Solar presented a 660 W version of the Devex module. Trina said the new product had the same features and specifications as the Vertex 600 W panels it launched in mid-July, but with systematic optimization. The panel is based on 210mm wafers, MBB technology and high-density interconnection.

Trina last month formed the 600 W+ Photovoltaic Open Innovation Ecological Alliance with the aim of producing the next level of ultra-powerful modules.

Overall, 20 module manufacturers launched new module products with a power output of over 500 W at SNEC. The list includes: