Join Today
DuPont on the importance of panels backsheet quality 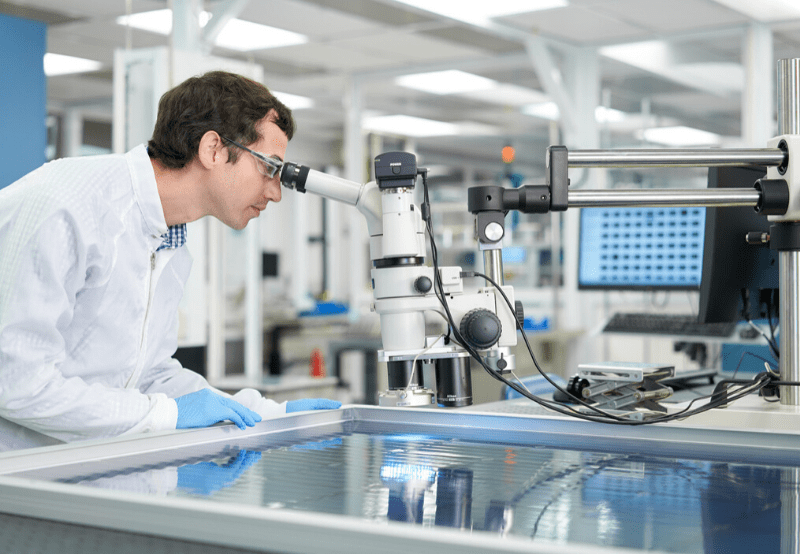 Backsheets are the critical outer layers of solar panels providing the first line of defense for solar cells and encapsulating materials.

Solar project development in India has always been very competitive due to the reverse auction process and also lately because of tariff caps, which forces developers to bid unrealistically low.

Due to the pressure of low tariffs, the quality of components is compromised. Most of the cost of building a project still goes towards procuring solar modules, and this is where the price is prioritized over quality.

While solar installations approach the 40 GW mark, there are concerns about the quality of backsheets used in the modules.

The solar backsheet is a three-layer laminate. It is the rearmost layer in a solar module. It is one of the most critical parts which is responsible for the reliability and performance of a solar module.

Backsheets provide the first line of defense for solar cells and encapsulating materials, protecting them from environmental stress, including moisture and UV rays while providing electrical insulation from high voltage.

“They (backsheets) are key to ensure optimal and sustained power output over the panel’s lifetime as well as the safe operation of the PV system. Long-term outdoor exposure is the ultimate test for all module components, material quality, and manufacturing quality,” said Rajaram Pai, business leader, South Asia & ASEAN, DuPont Photovoltaic Solutions.

DuPont has been collecting data on material degradation for almost a decade through field inspections across the world to see how panels perform in various climates.

A solar module’s useful life is approximately 25 years, and it depends on the quality of the components used, including the backsheet. Since it is the primary protection in solar modules against varying climatic conditions, moisture, mechanical stress, and UV rays, the solar backsheet quality is crucial for the modules to last their full lifetime.

“The situation is acute. Many projects across the globe are still new, but they have PV modules with backsheet materials that have failed between five to eight years and are likely to show backsheet failures over the next few years,” Pai noted.

Based on DuPont’s findings of the quality of backsheets, Pai stated that backsheet failures are typically observed after three to seven years of field exposure. Failure rate and defect severity increase as the modules age.

“If a backsheet fails, it will result in premature power degradation in a solar module. A solar backsheet is also an electrical insulator and should be able to withstand high operating temperatures, failing which will result in electrical safety hazards,” said Aajish Shah, business development manager at Vishakha Renewables Pvt. Ltd, a manufacturer of backsheets for solar modules based in Gujarat.

He added the ultraviolet rays and moisture could degrade the polymer chains and result in degradation of the solar backsheet and modules. Other factors, such as the thickness of each film or layer, or the process, also determine the durability of the backsheet.

So, are modules used in large-scale solar installations more prone to backsheet defects?

Shah said, “Backsheet defects depend on the operating temperature and ambient conditions. Ideally, rooftops should have a lesser probability than projects installed on the ground or water. However, a good backsheet should sustain all types of climate (it may be rooftop, ground-mounted, or water).”

The primary purpose of backsheets is to provide electrical resistance and be a barrier to moisture, which is a serious concern for project safety and durability. Other defects are the yellowing of the backsheet and the delamination of one of the layers over a period. This will also adversely affect the power generation in the long run. “Solar module manufacturers should choose the solar backsheet wisely and should not compromise on the quality. They shouldn’t try to manufacture cost-effective modules with a low cost but low-quality raw materials,” Shah added.

How to avoid backsheet defects?

Shah suggests that the customers must always choose the right backsheet, which satisfies all that is required for the safety and performance of a solar module. There are many tests available to check the durability of backsheets before using them in solar modules.

According to experts, the interaction between climatic stresses and module materials is quite complicated and challenging to simulate in the lab. Field failures of backsheets in less than six years that had passed stringent lab tests (such as 2x or 3x IEC) show the lack of correlation between outdoor exposure and accelerated testing.

“While accelerated testing cannot replace field performance, it does help in doing a quick assessment of a material’s reliability, provided the tests are designed keeping in mind the actual field conditions. Module sequential testing, which exposes the same module to a sequence of damp heat, UV exposure, and thermal cycling tests, has simulated field performance of different backsheet materials and is suitable for evaluating backsheet performance in solar panels,” Pai added.

Poor quality backsheets crack in the field, leading to power generation loss (ground faults, inverter tripping, corrosion of cells and metal contacts due to moisture ingress), and safety hazards such as a current leak, arcing and burning.

Pai noted, “Backsheet failure usually extends to all modules with the same backsheet and may impact large portions of a project. Besides generation loss, owners must bear the cost of module replacement (labor and recycling). The financial impact for the owner multiplies if the module supplier doesn’t honor warranty claims, or the issue is reported after the expiry of workmanship warranty (typically five years and ten years in new installations).”

DuPont has observed this issue in many five-year-old projects, but the real impact is on projects that have been operating for less than five years, he informed.

“Such modules, when they fail in the field, will impact other manufacturers and businesses also. No customer should take the risk on reliability and should do a proper analysis before choosing their backsheet,” said Shah.

Due diligence by procurers

Pai suggests that the first step is to choose and specify the bill of materials based on products that have performed in the field over the long term.

According to Pai, “Strong enforcement of technical specifications is critical to ensure owners and developers get the quality they are asking and paying for. Moreover, the module selection stage should have enough buffer time for sourcing and local certification of specified BoM by the module supplier. Verifying the use of specified BoM during the production stage will close the loop and give some peace of mind to procurers and investors.”

Mercom has been reporting on the aggressive cost-cutting in the solar market in India, where an increasing number of developers are overlooking the quality of the components that go into building a sustainable solar project.

Cost is prioritized in India considering the razor-thin margins in the Indian solar industry. If, after a few years defects start to emerge, which is not worked into the budget, many projects will face financial distress. These issues can be mitigated if attention is paid to the quality of the components right at the time of procurement. Eventually, manufacturers are liable, and cutting corners today will become a significant financial burden in the future.

“The industry needs to look at this issue seriously, and self-regulate before panel failure becomes a big problem. If not, sooner or later, stringent new regulations will be introduced, said Raj Prabhu, CEO of Mercom Capital Group.