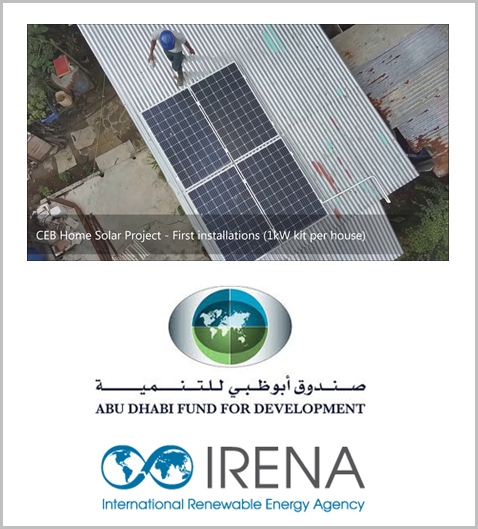 Spanning the lifespan of the project, an estimated 10,000 families in low-income communities will benefit from approximately US$8.3mn in electricity bill savings. (Image source: Flickr)

Announced at the Eighth Session of the IRENA Assembly, the project to provide 10,000 solar PV kits to low income communities – one of the beneficiaries of the fifth funding cycle – is being financed through the IRENA/ADFD Project Facility. Established in 2013, this seven-cycle facility offers US$350mn in concessional loans from ADFD to help developing countries access low-cost capital for renewable energy projects.

The project will help the Mauritius Central Electricity Board install solar PV systems on the rooftops of 10,000 households as part of the government’s efforts to alleviate poverty, while contributing to the national target of integrating 35 per cent of renewable electricity in the energy mix by 2025.

Mohammed Saif Al Suwaidi, director general of ADFD, said, “We enjoy strong and strategic ties with the government of Mauritius. In line with its mandate, ADFD is keen to aid developing countries in achieving their outlined national priorities, and enable them to overcome their economic challenges by financing vital socio-economic projects, including energy, that contribute to improving the standard of living of the population.

“To ensure the timely execution of its funded projects, ADFD dispatches delegations to beneficiary countries to enable further assessment, follow up, and adherence to best international standards.”

Spanning the lifespan of the project, an estimated 10,000 families in low-income communities will benefit from approximately US$8.3mn in electricity bill savings. The project will bring 10MW of new renewable energy capacity online resulting in mitigating 143,000 tonnes of carbon dioxide emissions annually, as well as improvements in the country’s energy security domain.

To ensure the success of the solar energy project as well as identify challenges and obstacles that may arise, the government of Mauritius is currently implementing a pilot scheme that includes the installation of 1,000 solar PV kits on rooftops of households. During the visit, the delegation visited three different pilot sites.